You are here: Home / Baseball 101 / Rec vs Travel / What Are the Differences Between Recreation and Travel Baseball In youth baseball (or softball), the term recreation or travel ball is used to describe the level of competitiveness. There are three distinct types of competitive teams in the USA:

Recreation league is where all kids learn to play t-ball regardless of where they ultimately end up playing in a travel or club team down the road. Older kids who continue to play in rec are more or less casual players.

Travel teams are usually run by a local league in conjunction with rec league. Most town travel teams begin at 8U (i.e. 8 year olds) and usually go up to 12U. Some towns (like mine) may offer 13-15U but most 13u+ players who are good end up playing for a club team or middle/high school teams.

Travel teams usually against other town travel teams in a given league, though they may also compete in local tournament leagues like USABL.

Club teams that I have seen usually starts around 9U or 10U.

Although not required, many towns offer both recreation and travel ball under one of these national youth league organizations:

In this post, I will be using Cal Ripken Baseball as the example since I am most familiar with this league.

Under Cal Ripken, the age groups are loosely broken into the following categories:

You can read more about them in detail here

In my town, the above categories are broken down into smaller chunks: 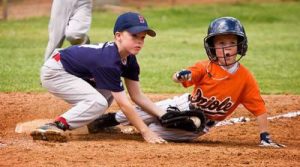 A recreation team is a team that plays in a local youth baseball league, usually run by your town’s recreation department.

Most players in recreation teams are considered to have beginner/intermediate skills.

Rec teams are usually managed and coached by volunteer parents.

Unlike other sports, there are lots of moving parts when staffing rec baseball or softball teams so in many instances, there are volunteer baseball/softball league who work with township rec department to run the league.

If there aren’t enough local rec players from the town, baseball/softball league may open up so that players from surrounding towns can join the rec league. 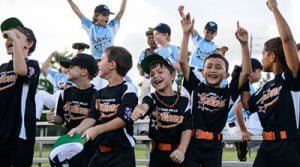 Travel teams (a.k.a. town travel team, tournament team or all-star team) are usually comprised of in-town players with advanced skills when compared to their peers.

Local baseball league usually has a written selection process when teams are formed after players are evaluated during a tryout (usually a two-day event depending on the number of kids trying out).

Usually a tournament director from the baseball/softball league is in charge of running the event, including instituting some sort of numerical evaluation data.

It’s important to note that evaluators (i.e. parents) should not be involved with evaluating their own kids of kids’ friends!

You can have multiple teams for a given age group, especially if there are enough volunteer parents who are willing to coach and manage a team.

For example, when my son was 10 years old, there were three 10u teams: 10U-a, 10U-b and 10U-c with “A” team having the most advanced players, “B” team with intermediate players and “C” team with average players. You can loosely think of them as AAA, AA and A minor league teams. 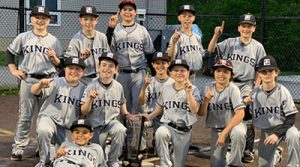 Club teams are organized by for-profit companies. Club teams are viewed as having high baseball IQ, highly skilled players (look up Bryce Harper when he joined at club team at young age).

I have seen club teams as young as 9U (9 year old players) which I think is ridiculous but some parents really dream of their kids playing in the MLB (living vicariously anyone?)

In our town, we also offer both rec and travel baseball during fall. However, in my town, the season is shorter (Sept/October) because it gets dark at 4:30pm as we get closer to winter solstice and can get very cold. If you live in states like Florida, Georgia, Texas, Arizona and California, you probably play baseball year round.

The term “playing down” refers to a select group of players whose birth month (usually May) that allows him or her to play with a younger group.

In most recreation leagues, teams are structured so that players are grouped at school grade levels, regardless of their birth months.

For travel and club teams, the cutoff month usually falls on May of every year. Simply put, if your child was born in May, you can choose to place them at their current age bracket (i.e. play with their grade-level friends) or at the lower age bracket.

Because travel/club team rosters are usually set at 11 players, some parents feel that it is not right for “older” kids to play down, taking away roster spots from the younger kids.

Playing down or not is a highly personal choice. You know your kid better than anyone else so if the option is available, you should discuss it with your child and make a decision that best suits your child.

For those parents with high expectations, you should know that something like 1% of 12 year olds continue to play baseball in high school and 1% of high school players become college baseball players.

After all, baseball/softball is a GAME and parents should focus on providing fun environment for kids so that they can grow to love the game.