Babe Ruth League Inc. (BRL) started as a 10-team league in Hamilton, New Jersey back in 1951.Since then, it has grown tremendously to one million active players each year with 59,000 teams belonging to more than 10,000 baseball and softball leagues in the USA and Canada*BRL first held its 14 year old (14U) World Series in Clifon Park, New York in 1999.* Due to … END_OF_DOCUMENT_TOKEN_TO_BE_REPLACED

Baseballs used by older kids in the youth baseball leagues (as well as high school) are almost rock hard and can pose a serious injury risk to young players.To reduce and hopefully minimize the injury risk, younger players should play with softer baseballs.There are tons of baseballs specifically designed for tee ball players but unfortunately, there are lots of … END_OF_DOCUMENT_TOKEN_TO_BE_REPLACED 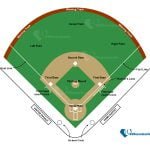